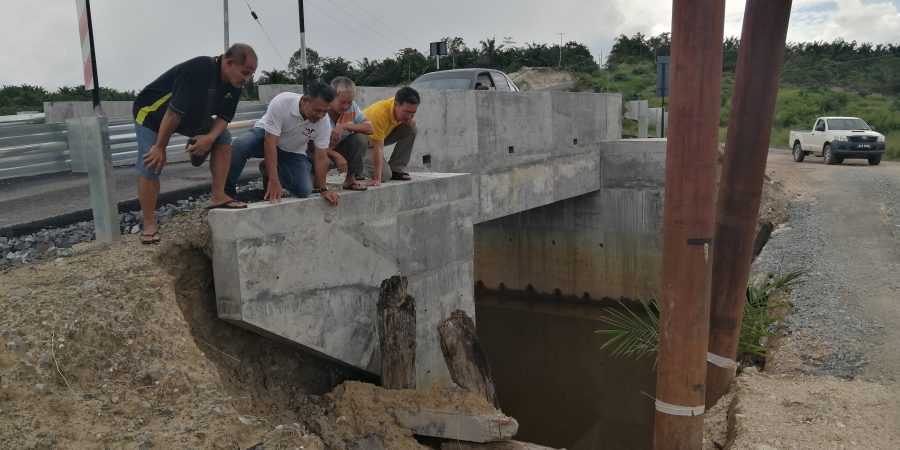 SUPP Public Complaints Bureau Chief Wilfred Yap and SUPP Opar Branch Chairman Niponi Undek who is also a Councillor of Lundu District Council recently received a complaint from residents from Kampung Pasir Hilir, Lundu who were very disappointed with the workmanship and unsatisfactory condition of their  newly completed bridge across Sungai Malaban.

The residents had approached SUPP and informed that there is soil erosion at the foundation of the bridge which requires rectification works. This is because the continuing soil erosion would render the Sungai Malaban bridge unsafe. The residents are also unhappy with the quality of the resurfacing works on both sections of road crossing  the bridge and frustrated because they have already waited for many years  already for the construction of the bridge. The residents hopes that the authorities will take appropriate action to ensure that the Sungai Malaban bridge and surfacing works is completed based on JKR specifications before any payment is made.

SUPP Public Complaints Bureau Chief Wilfred Yap and SUPP Opar Branch Chairman Niponi Undek views the above matter seriously and will continue to monitor the situation until the matter is settled by the authorities to the satisfaction of the residents.

SUPP Opar Branch Chairman Niponi Undek can be contacted at 0198886416 if anyone in DUN N4 Opar requires any help. 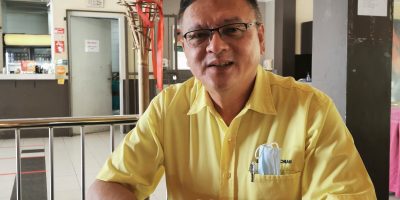 As Sarawak leaders are moving forward globally with far-sighted policies to advance Sarawakians, it isRead More 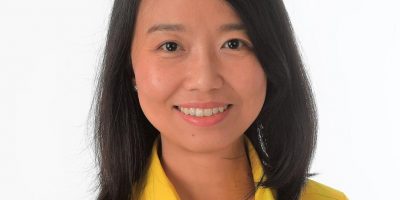 Kho Teck Wan disappointed with the law on citizenship

SUPP Woman Chief, Kho Teck Wan expressed her disappointment on the case of a teenagerRead More